Probating A Newer Will 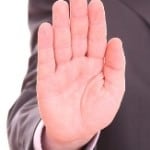 Accepting Benefits Under Older Will

In this case the San Antonio Court of Appeals overturned the trial court’s ruling that a party could not probate a newer will because he accepted benefits under the older will that had already been admitted to probate. The appeals court stated “(w)e agree that a person’s acceptance of benefits under a will may result in estoppel which denies the person standing to contest that will… We do not agree, however, that estoppel resulting from the acceptance of benefits under one will deprives a person of standing to file an application to probate a different will.” No. 04-14-00105-CV.

Probating A Newer Will Is Not A Will Contest

In the same case, the trial indicated that the act of probating the newer will was a contest of the older will which had already been admitted to probate. The trial court ruled that the party attempting to probate the new will did not have standing because he had accepted benefits under the older will. In overturning the trial court on that issue, the appeals court noted that a separate provision of the Estates Code provides that after a will has been admitted for probate, a person with standing,e.g. an “interested person,” may file an application to admit a second will of the same decedent for probate. EC 256.05. An application under this provision to probate a later will – allegedly executed after the execution of the probated will – is not considered a contest of the earlier will. Rather, the trial court considers the second application under the same standards and procedures employed when considering the first application and may admit the second will for probate. EC 256.051. Even though the probate of the second will effectively revokes the probate of the first will, that effect is merely “incidental” and does not render the proceeding a will contest. A will contest, in contrast, is a “direct attack on the order admitting a will to probate” and if successful, only has the effect of setting aside the probated will.

When is a Probate Matter Contested for Venue or Transfer Purposes?

Can you appeal a family settlement agreement in a probate case?

Does a spouse inherit the community property if the other spouse dies intestate (without a will?)