Agreement Not To Contest A Will 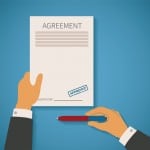 Although this blog is only about Texas law, a recent case out of Delaware dealt with an unusual issue and the results should be the same in Texas if the issue ever comes up. The Delaware court in 2015 was asked to decide if an agreement not to contest a will would support a suit for damages. The facts recited in the opinion are set out as follows: “In his complaint, Paul alleges that their mother had wanted to renounce the 2004 Will and create a new will leaving Paul the family home and 50 percent of her remaining estate; however, she was prevented by Charles from doing so. After their mother’s death, Paul confronted Charles about his actions, and Charles agreed to honor their mother’s wishes and share her estate with Paul in exchange for Paul’s agreement not to contest the 2004 Will.”

Can a Male Who Has Had a Sex Change be the Surviving Wife For Inheritance Purposes?

How I learned to stop worrying and love probate, Part 2.

What are six common reasons for contesting wills?