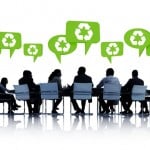 What is an arbitration clause

Even though the beneficiaries did not agree to arbitration, the Supreme Court held that, by accepting benefits under the trust, they had agreed to the arbitration clause in the trust. 11-0708.

Can two people enter into a contract to make their wills a certain way?

When is a gift not a gift in a Texas will?

Appealing A Will Contest After Trial

Where to find information about Prepaid Funerals.