Do All Heirs Have To Join A Will Contest? 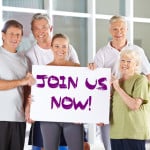 Will Contest in Texas are in rem proceedings which means that notice to all the heirs is not required. It is up to each interested party to keep themselves apprised of the status of any probate case. Tennessee is also an in rem state as far as contesting a will is concerned.

Do All Heirs Have To Join A Will Contest in Texas?

A will contest may be brought by any one interested party, and all other interested parties are free to join the contestant, join the proponent, or stand aloof. But, if they don’t join and there is a settlement agreement, they may be left out as stated by the Tennessee Supreme Court; and see E2016-02497-COA-R3-CV.. Those that join the will contest may settle and if they do so in good faith, the compromise of the will contest will not inure to the benefit of those heirs not participating. The heirs not involved in the suit may lose their inheritance unless they can show some form of bad faith by the parties to the suit. In 2017, a Pennsylvania Superior Court also held that an heir who did no participate in the will contest and was left out of a settlement agreement, could not do anything about it. The heir would have received his share if he had participated in the will contest but since he did not participate, he could not challenge the settlement that excluded him. 2620 EDA 2016.

What You Should Do

If someone you love has died and there is an inheritance dispute between the heirs, all heirs should participate in the proceeding. If an heir does not join, there is a chance that they will lose an inheritance that is rightfully theirs.

When a will is found after probate, does the two or four year limitations period apply?

What is a “moiety” and how does it affect inheritance?