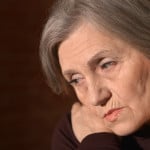 What are the Signs

The United States government’s Administration on Aging, a part of the U.S. Department of Health & Human Services, identifies the major types of elder abuse such as physical abuse, sexual abuse, neglect, financial abuse, etc. A type of abuse identified by the U.S. government that is seen too often in probate and inheritance matters is elder financial abuse.

The Administration on Aging has posted the signs and symptoms of financial or material exploitation of the aging. These include but are not limited to:

You can visit the government’s site here for more information.

Related articles across the web

Reasons for the recent increase in inheritance disputes.

When is a gift not a gift in a Texas will?

What is a “moiety” and how does it affect inheritance?