Executor Violates Duty because of a Mistake 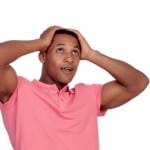 This post concerns fiduciary duties in Texas. The case that is discussed deals with an Executor but could also apply to a trustee or any other fiduciary in Texas. A court of appeals ruled in 2014 that a Texas Executor commits breach of trust not only where he violates a duty in bad faith, or intentionally although in good faith, or negligently but also where he violates a duty because of a mistake. Executor Violates Duty because of a Mistake even if he relied on his attorney for advise. No. 02-14-00170-CV.

Executor Violates Duty because of a Mistake

A man died. He had two sons. First son was appointed executor under the man’s will. Second son was, for some reason, not able to see the will until after he filed suit contesting the will of his father. The will contest was later dropped after the second son saw the will. The will contained a no contest clause or in terrorem clause. The Executor decided that second son’s action were a breach of the no-contest clause and didn’t give him the property that the will said was his. The Executor did not ask the court to determine the issue. He decided on his own that the second son’s contest violated the will’s no contest  clause and therefore would receive nothing under the will. Second son filed suit against the executor for violating his fiduciary duty. The trial court found that second son had not violated the no contest clause and entered judgment against the estate for the property that belonged to second son but refused to find the executor personally liable. The trial court ruled that because the executor was mistaken about the violation of the no contest clause, he was not personally liable. The appeals court overturned the trial court and held that a breach of trust may be found and the executor held personally liable even though the trustee acted reasonably and in good faith. This is true even if the executor acted in reliance on advice of counsel. Trustees can ordinarily be protected from this risk by obtaining instructions concerning uncertainties of law or interpretation from the trial court. But the executor in this case did not ask the trial court for directions. Restatement (Third) of Trusts § 93 cmt. c (2012). Lack of awareness or understanding of the terms of the trust normally will not excuse a trustee from liability. Evidence of good faith is not a defense to breach of fiduciary duty. The executor was held personally liable.

Update: In the 2015 session, the Texas legislature passed a “supported decision maker” law which is a get our of jail free card when a trustee relies on a professional advisor like a CPA or an investment broker.

Should I have a will?

Agreement Not To Contest A Will

Are Arbitration Provisions of a Will Enforceable?