How To Disinherit Someone In Texas 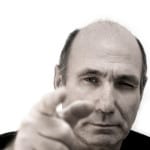 How To Disinherit Someone prior to 1991

Before 1991, you could not disinherit your heirs in Texas by stating that in your will. The only way to make sure that an heir did not inherit from you was to give all of your property to someone else in your will. As an old Texas Supreme Court ruling said ” . . . The right of the heir is defeated only by a substitution of some person to take in his place, and not by a declaration, or express intention, that he shall not take. Hence, though the heir is expressly disinherited, as if a man by his will should declare that his heirs or next of kin shall have no part of his estate, and not direct who shall have it, still the heir would take, not under the will, but under the law; for there must be in the will a devisee, to supplant the heir. . . . “. If the testator fails to make an effective disposition of his property to another, the property will pass to his heirs at law under the laws of intestate succession even though this might be against the testator‘s intention, however plainly manifested. That caused problems because sometimes people thought they were giving away all of their estate but, after their death, some mineral interest they didn’t know they had shows up when a Land Man appears trying to put together an oil & gas lease. If that mineral interest is not mentioned in the will, and it would not have been because the testator didn’t know he had it, and there was no residuary clause, the testator died intestate as to that mineral interest and it would go to the heirs who the testator did not want to receive anything. 564 SW 2d 202.

How To Disinherit Someone In Texas after 1991

Why Is This Important Today

When title to property, especially mineral property, is being searched for new exploration, the oil companies need to make sure they are signing oil & gas leases with the correct owners. Every day in Texas, someone is contacted by an oil company about a mineral interest they didn’t know they owned. When a person died and how he disposed of his property in his will is relevant in determining the correct owners.

Do the Witnesses to a Will Have to Know They are Witnessing a Will?

Can you contest the will of a living person?

Do Appeals Courts Sometimes Give You a Hint of How They Will Rule?