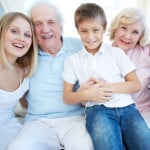 In a 2014 case decided by the Beaumont court of appeals involving an alleged common law wife of the decedent and the decedent’s father, the trial court dismissed the father’s claims ruling that he was not an interested party. The father appealed and alleged that he was a creditor because he had paid the funeral expenses of his son and was a person interested in the estate.

Having Custody of Grandson

Additionally, the father alleged that he had been awarded custody of his grandson (the child of the decedent and the alleged common law wife) who had been in his custody for a year. The father argued that he was an interested person because he had an interest in the welfare of the child. 09-13-00554-CV.

The trial court’s ruling seems strange but one has to remember that the grandfather never claimed that he was an heir so he couldn’t be an interested person on that basis. Since the decedent had a son, the son would inherit the entire estate and would be the sole heir. If the wife proved a common law marriage, or what Texas refers to as an informal marriage, then she would also be an heir.  Finally, the son had been killed in an industrial accident and a personal injury lawsuit was pending. There was a potential for the estate to be substantial. Taking all of these facts into consideration, one has to assume that a large number of well qualified attorneys were representing both sides in this matter. When that happens, it is often difficult for the trial judge to make correct rulings that satisfy all parties.

Disclaim Your Inheritance In Texas.

What Happens To A Gift To A Group?

The Growing Problem Of Deathbed Marriages