Is a forged will good for something? 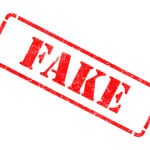 Is a forged will good for something? A forged will can be used to determine when the statute of limitations starts running says the San Antonio Court of Appeals.

The court said that even though the first will was forged, the limitations period began to run on the day that it was admitted to probate. Since the earlier will was filed more than two years after the forged will was initially admitted to probate, limitations had run and it could not be admitted. The trial court’s ruling that the testator died intestate stands. 100 S.W.3d 424

This case show again the importance of taking action quickly. If you don’t, you lose your rights. Instead of the estate going to the people mentioned in the earlier will, it went to all of the testator’s heirs because under the ruling, he died intestate. While the reason the court ruled the way it did may be based on the language “(t)here was no order specifically setting aside the order admitting the will to probate, just an order finding that it was forged,” you don’t want to take any chances. Act quickly.

What Is A Widow’s Election In Texas?