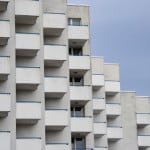 HOA or Home Owner’s Association fees are much more common today than they used to be in the past. Most condominiums have an HOA. Small subdivisions may also have home owner’s associations. These associations are set up by the original builder or developer to help market the property. Once all of the units are sold, the developer will generally turn over the HOA to the owners of the units. These HOA’s have rules to protect the homeowner’s from each other. You don’t want your neighbor putting a car in his front yard, putting it up on jacks to work on then leaving it for months as an eye sore. The association has rules to protect against these types of acts to keep the property values up. Since the association is incorporated into the deed, it is a condition of purchase. The HOA usually pays for upkeep on common areas and may even pay taxes and utilities on parts of the property. As a homeowner, you make a monthly payment to the association to help pay for these expenditures. The HOA may have the right to sue you or even foreclose on your property if you don’t pay your fair share.

What happens if the homeowner dies and the fees build up? Who owes the HOA expenses on the Death of the decedent? In a 2014 case out of New Jersey the appeals court was called on to answer that question when a house subject to a HOA was in foreclosure when the owner died. The fees had built up to over nine thousand dollars. The HOA sued the estate and also sued the beneficiary individually. They claimed that since the property vested in the beneficiary immediately on the death of the owner, the beneficiary was personally liable even though she probably didn’t want the house in the first place since its value was less that what was owned on it. The beneficiary defended the claim saying that the HOA could only look to the estate of the owner to pay and not the beneficiary. The estate obviously had no assets. The appeals court agreed with the beneficiary. “(W)e are satisfied that (the trial judge) was correct that the statute does not make (beneficiary) responsible, as her mother’s residuary beneficiary, for payment of the assessments coming due after her mother’s death. Instead, the statute makes those assessments the responsibility of the executor on behalf of the estate.” No. A-0836-13T1.

To sum up, rather than just looking to the estate of the mother which didn’t have any assets except the property that was in foreclosure, the HOA tried to sue the daughter who was the beneficiary under her mother’s will. They were unsuccessful. The court held that they could only sue the mother’s estate. Just because you are the beneficiary under a will does not make you liable for the debts of the decedent.

Replaced pages in a will.

How I learned to stop worrying and love probate, Part 2.

What Happens To A Gift To A Group?