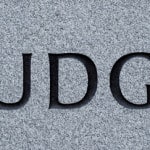 Limitations can be fatal.

Texas has a two year statute of limitation for contesting a will. Other states have shorter or longer time limits for will contest. An example of a short period of time for challenging a will is the state of Indiana. The statute of limitation in Indiana is only three months after the will has been admitted to probate! Indiana Code §29-1-7-17. In a recent case on a will contest, the appeals court upheld a dismissal of a will contest because it had been filed after the statute of limitations had run. The contestant alleged that he did not know that that the decedent had died. The decedent was his step-mother. She had cut off all contact with him. He said that he searched for her obituary on a regular basis because he knew that his step mother and his dad had entered into a contract to make wills benefiting him. He did not find out that she had died until nine after she died. Her new will had been admitted to probate several months after her death and six months before he knew the new will had been admitted to probate. This was an Indiana case which has a three month time limit on contesting wills so his will contest was dismissed. No. 89A05-1402-ES-62.

Texas’ statutes of limitation for contesting a will is two years from the date that a will as been admitted to probate. You can review our article on the Texas probate process here.

Statutes of Limitation for contesting a will can be fatal.

While these cases are from Indiana and Washington and those states have a very short statute of limitations for contesting a will they show what can happen if you miss a deadline. If you think that you have some interest in an estate, the burden is on you to stay informed and know when people die, when a probate is filed and what time limits exist. It is necessary for you to act quickly or you may lose you inheritance.

Can Texas power of attorney create a trust using the principal’s money?