When a will is found after probate, does the two or four year limitations period apply? 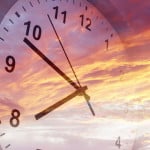 Texas Will Is Found After Probate

In two cases where wills were offered for probate more than two years after a prior probate judgment, one court held that the second will could be admitted to probate and the other court held that it could not. What is the difference?

In the first case, an older (1965) will was admitted to probate. More than two years later, a newer will (1968) was offered for probate. The appeals court ruled that the 1968 will should be admitted even though it was offered more than two years after the 1965 will had been admitted to probate. The court relied on §73 which requires that a will has to be filed within four years of the death of the testator. The court said that filing the new will was not a direct attack on the fist judgment which would be barred by the two year limitation period of §93 but was a process of filing a newer will within four years which was allowed by §73. Morris, 577 S.W.2d 748.

In the second case, no will was found. A probate was filed seeking a determination of heirship and the appointment of an independent administrator. More than two years after the determination of heirship and the appointment of the independent administrator, a will was filed for probate. The appeals court ruled that the will was filed more than two years after the probate judgment, was a direct attack on the judgment and was therefore barred by the two year limitation period. The court distinguished the first case by saying that in the first case, the second will revoked the first will but here in the second case, there was no will to revoke. Therefore, it reasoned, the second will could not be filed after two years from the original probate court judgment. Rogers, No. 08-09-00249-CV, El Paso.

Differences In The Two Cases

While the two cases seem to go in different directions, it should be noted that the ruling in both cases favored the children over the husband (first case) and the family over friends (second case.) Many rulings in probate matters seem to prefer the closer relatives over the distant relatives or the family over strangers.

For The Limited Purpose of Revoking a Will

How do you get a copy of the will?

Can beneficiaries agree not to be bound by a will?

A gift deed has to be delivered to be valid.

Are You Courting Death When You Write a Will?