I wrote an article that explains that executors, trustees, people holding a power of attorney and others are fiduciaries. You can view that here.

I have written before about the limitations period for breach of fiduciary duty here.  In that article, I talked about a Texas Supreme Court ruling that said there was no limitations period for an action to remove a fiduciary. The idea being that the wrongs being committed for which a removal is sought are ongoing. There is no specific date that a wrong occurred.

Limitations for a specific wrong do have a specific date and the four year statute of limitations applies. In a recent case, a trustee gave a deed of some of the property in the trust. The plaintiffs “asserted that they were residual, contingent beneficiaries of testamentary trusts…” and that the deed denied them benefits that they would have otherwise received because there was not much left in the trust.

The deed was filed in 2010 but suit was not filed until 2015, more than four years after the deed was recorded.  The appeals court upheld the trial courts dismissal because of limitations. 11-16-00253-CV. 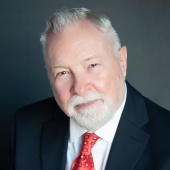 What influence is “undue?”

When is a Probate Matter Contested for Venue or Transfer Purposes?

Necessary Parties To Will Contest